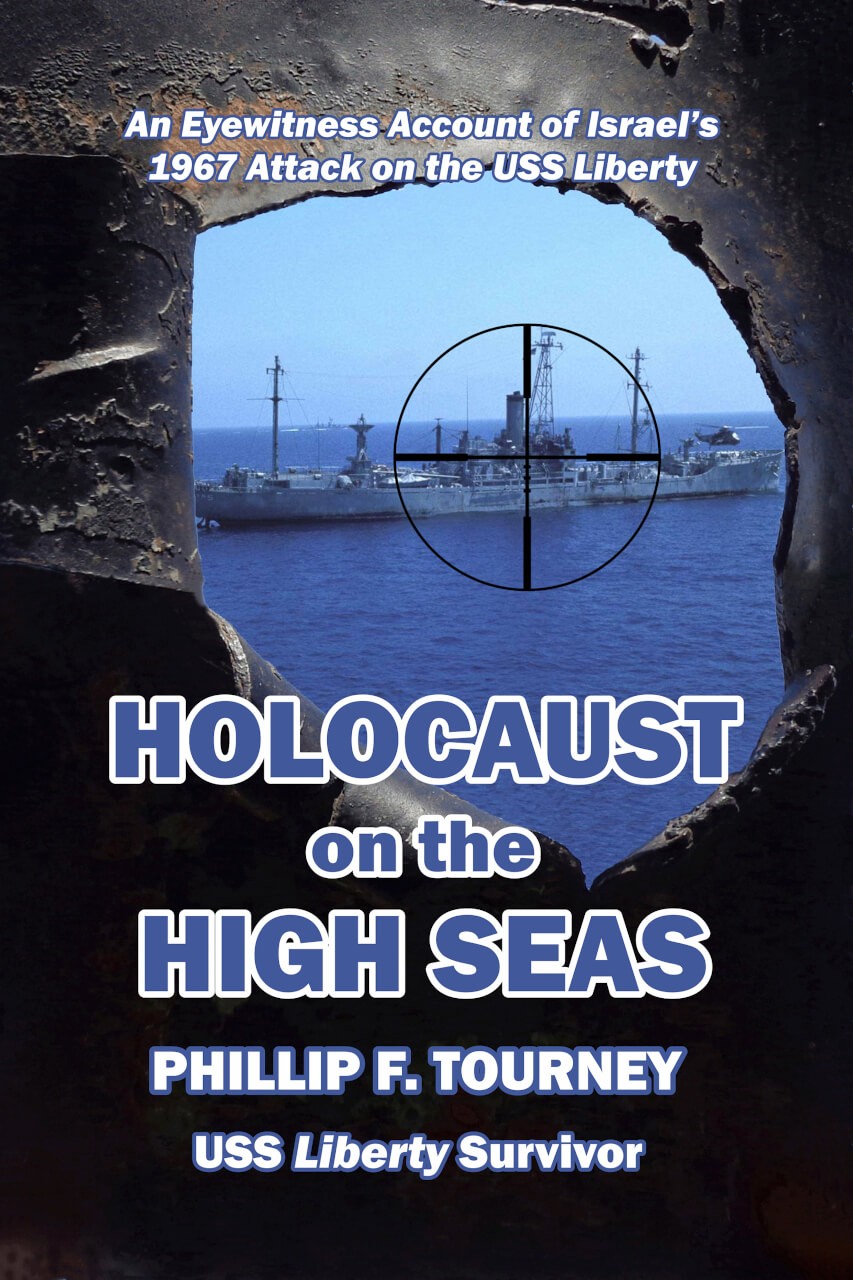 Holocaust on the High Seas

Phil Tourney provides an eyewitness account of Israel’s 1967 attack on the USS Liberty. While patrolling in international waters in the Eastern Mediterranean Sea on June 8, 1967, the unarmed, intelligence-gathering vessel confronted an enemy they never expected: Israel. In an unprovoked and vicious attack, unmarked Israeli jets pounded the Liberty with cannon fire, rockets, and napalm, while the American crew tried to make sense of what was happening, as their friends and shipmates were blown apart by the Zionist state’s weaponry. After the jets murdered nine helpless Americans, Israeli motor torpedo boats (MTBs) moved in for the kill, firing machine guns and launching five torpedoes, with one hitting its mark, instantly blasting apart 25 Liberty crewmen. The MTBs continued firing upon the damaged ship, hoping to hit the boilers, as those aboard were unsure if they were on their way to a watery grave, as the massive hole in the Liberty continued to let tons of seawater in. Expending their ammunition, the MTBs retreated, and a new, armed adversary approached the stricken vessel: Israeli troop helicopters with commandos aboard to finish the job. All the while, the nearby U.S. Sixth Fleet, hearing the Liberty’s cries for help, launched fighter aircraft, only to be recalled by the White House.

BODY LENGTH: Lay garment flat (face down). Measure from center back neckline seam straight down to bottom of the front hem.

BODY WIDTH: Lay garment flat. 1" below the armhole flat measure the garment across the chest.

SLEEVE LENGTH: Lay garment flat (face down). Measure from center back neck to outer edge of shoulder seam, then along outer edge to sleeve end.